Vegan Snacks & Street Food In Japan + Where To Find Them 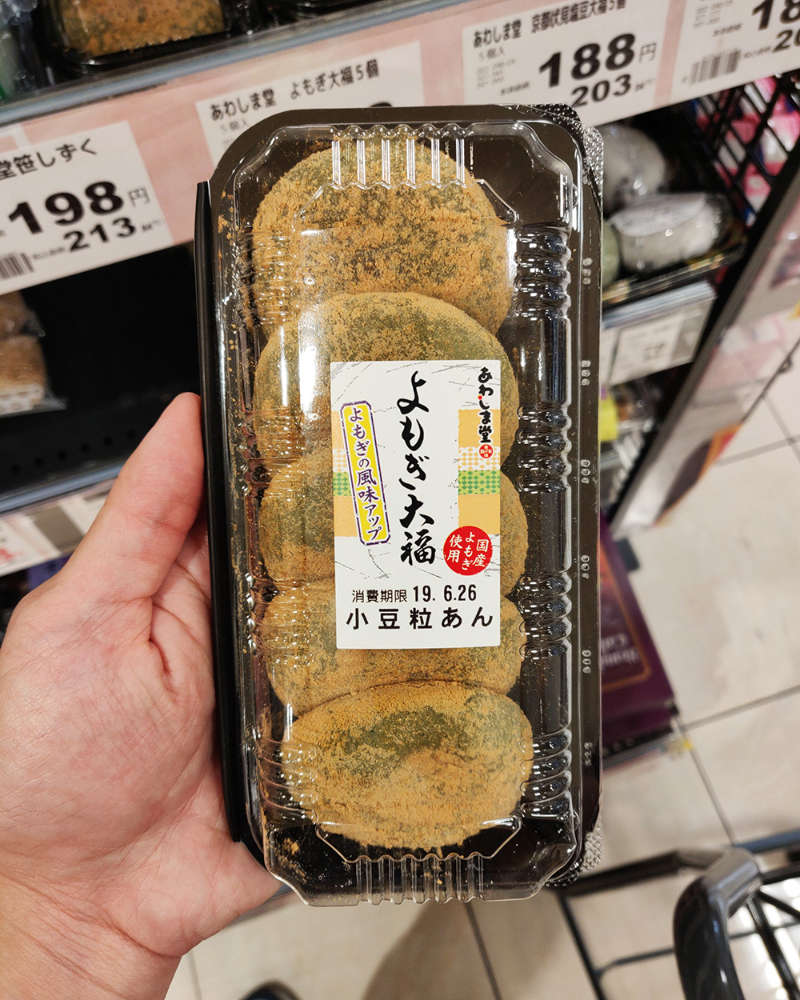 Japan has an impressive range of snacks and street food. However, you may be worried that it's impossible to enjoy any of them as a vegan.

You may be surprised of how many vegan treats you can have!

In this post, you will learn which snacks are usually vegan (and what ingredients to avoid) and what they look like. Hopefully you will be a pro and can fully enjoy the food in Japan after this!

Mochi (餠 or もち), dango (団子) and daifuku (大福) are some of the most common snack/dessert you can find in Japan. Mochi and dango are quite similar, but dango usually has sauce or red bean on top. Daifuku is a mochi with filling, usually red bean paste.

It's commonly found in most supermarkets and convenience stores. Mochi and dango are sometimes vegan, but double check whether it has milk or whey powder. Daifuku, however, usually has milk (乳) or egg (卵​). So be careful when checking the labels.

Botamochi (ぼたもち) and ohagi (おはぎ​) are sweets made with glutenous rice, rice and red bean paste. They are pretty similar.

There are some variations for this, for example, some have red bean paste on the outside and glutenous rice mochi on the inside, while some others are reversed with soybean powder coating.

You can find this in many supermarkets and sometimes convenience stores. It's usually vegan.

Warabimochi (蕨餅 or わらび餅) is a chewy jelly covered in soybean powder and sometimes with brown sugar syrup. It's sold in many places like supermarkets, food section of department stores and convenience stores. And it's usually vegan.

One of my favourites to eat in Japan is this daigaku imo (大学芋), which is a candied sweet potato. The well made ones have a crunchy shell with soft cooked sweet potato inside.

It's usually found in the food hall in department store and supermarkets. However, look out for honey (はちみつ or 蜂蜜 in Japanese) ​as it's quite commonly used for this snack.

Yōkan (羊羹) is a thick sweet bean jelly that's found in most supermarket, convenience stores and other food stores. It's mainly made with red bean paste, agar, and sugar. As you can see from the photo, there are different flavours like matcha (green) and chestnut (brown). It's usually vegan.

Monaka (最中 or もなか) is a wafer cake filled with usually red bean paste. Sometimes other flavour fillings are used, like chestnut, mochi, or even with ice cream.

Flavours like red bean or mochi are usually vegan. It can be found in many supermarkets and convenience stores.

Usually Manjū or 饅頭 refers to the regular sized steamed bun. But these small ones are different and they are filled with red bean paste. Sometimes they are vegan, but look out for egg (卵​). They can be found in supermarkets.

Taiyaki is a fish-shaped cake with red bean filling. The shell is traditionally made with egg.

Rice cracker is another common treat in Japan. They come in many sizes and shapes. Some of them are salty and some of them sweet.

It's not too difficult to find a vegan one, but look out for non-vegan ingredients like bonito (かつお or 鰹), chicken powder, etc.

Some versions of this rice cracker, called Kabuki-age rice crackers, is vegan, and can be found in Japanese convenience stores.

Onigiri is a triangular sushi and is sold in virtually all convenience stores.

However, not all of them are vegan as a lot of times fish stock is used in cooking (even though it's not marked on the ingredient list). The pickled plum and plain flavours are generally more safe. For a more in depth list, check out Is It Vegan Japan.

Not many cookies and biscuits in Japan are vegan. But those that are marketed as "macrobiotic (マクロビ)" have a higher chance of being vegan. They are usually found in health-conscious or vegan-friendly grocery shops.

It's not easy to find vegan ice cream in Japan. Most of them use milk as you'd expect. For a better chance of finding vegan ice cream, go to a vegan-friendly grocery shop.

Some popsicles, especially the fruity ones, are vegan in Japan. However, check the ingredients carefully.