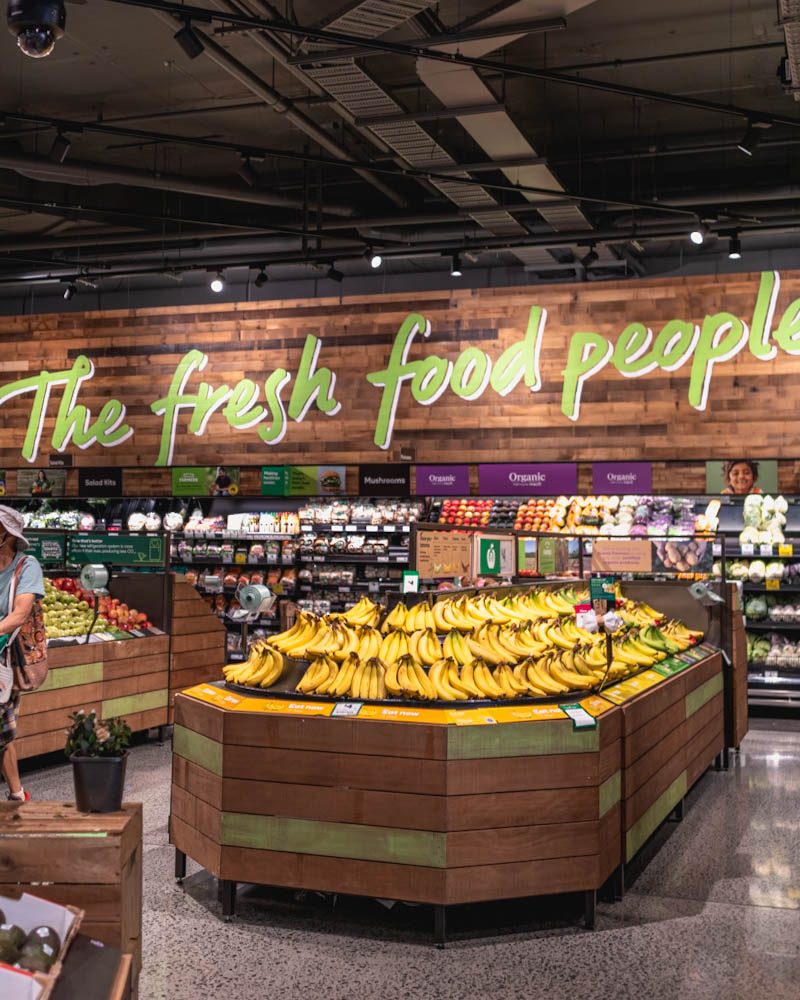 Vegan shopping has never been easier in Australia. Growing with the number of vegans and people who are interested in vegan food, supermarkets in Australia start stocking more and more vegan options.

It’s not difficult to step into any of these supermarket chains and find some delicious options.

Most of the supermarkets mentioned here even have their own vegan range, including Plantitude from Woolworths, Nature's Kitchen from Coles and Earth Grown from Aldi.

In this article, I’ll show you a glimpse of what you can find in the supermarkets in Australia. Keep in mind that most of photos are taken in Brisbane, Australia. Availability may differ from city to city.

Woolworths has a good selection of vegan products available, including their own product lines like Plantitude, Macro, Free From, and more.

You will be able to find a range of plant-based milk, cheese, meat, ice cream and more in Woolworths supermarkets.

Here is a look at some of the vegan finds:

Similar to Woolworths, Coles offer a good range of vegan products, including their own vegan range, Nature's Kitchen.

One thing to keep in mind is that Coles has a range called "I'm Free From" which is mostly a gluten-free range, not vegan range.

Some Coles have a fridge near the cashier with 6 flavours of vegan ice cream mochi.

Harris Farm is a supermarket chain in Australia with shops in New South Wales and Queensland.

In this branch in West End, Queensland, there is a fridge section with a large selection of vegan products, including cheese, meat and tempeh. The fresh produce section is also pretty large with some harder to find fruits and veggies. Also, Rebel Doughnut has a shop inside Harris Farm West End, stocking a few vegan doughnuts.

IGA is an independent supermarket chain in Australia. As it's a franchise business, the product selection is different from shop to shop.

In the IGA I've been to, they usually have a good range of vegan products, many of which are hard to find in other supermarkets. Some shops even have a dedicated vegan section.

Aldi in Australia is slowly getting more vegan products. Overall, there are some good options, but the range is not as wide as Woolies and Coles.