Where To Find Vegan Food In Brisbane City (CBD) 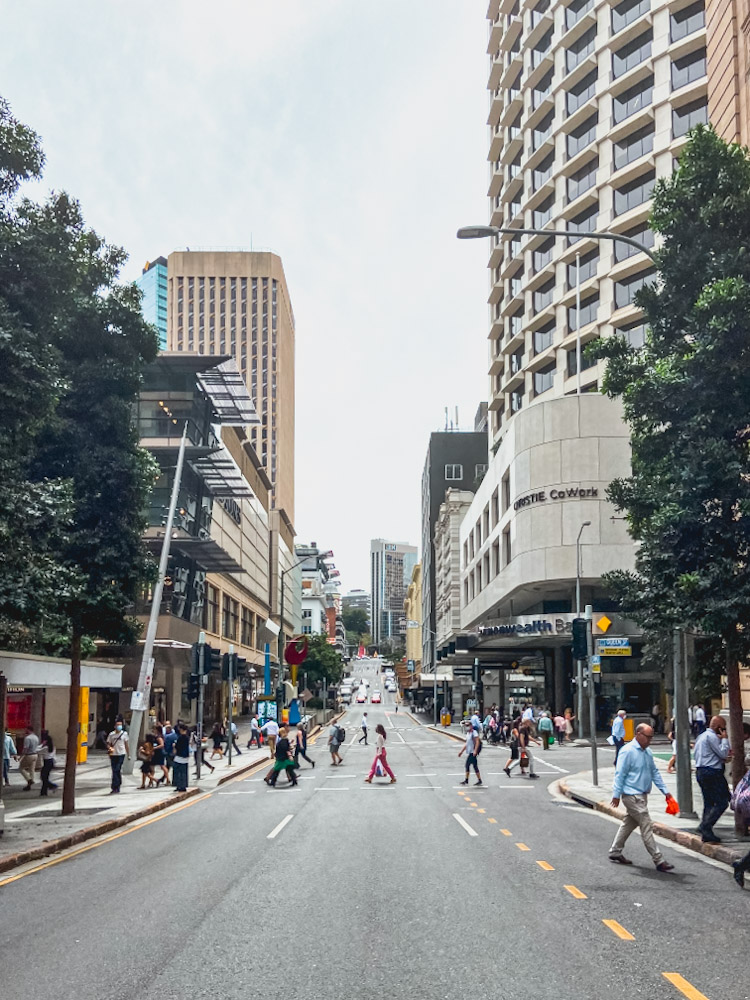 Ever had difficulty finding vegan food in Brisbane CBD?

Among the office buildings and shopping centres, there are some hidden vegan gems that you can go to. From comforting curry to vegan doughnuts, there are choices for everyone.

And if you happen to visit the city on a Wednesday, be sure to check out the Brisbane City Market as well.

Here are some of my favourite places to get vegan food in Brisbane CBD:

A vegan eatery near Anzac Square that has a great selection of vegan comfort food. The dishes change daily but you can expect to find curry, dosa, kofta, salad, and desserts. My favourite is the Thai massaman curry and lemongrass soy nuggets. There are some seatings but it can get quite busy during lunch hour.

Govinda's is a vegetarian chain specialising in Indian dishes. Choose from one of their 'feast meals' which include curry, rice and koftas. The vegan chocolate peanut butter slab is pretty delicious as well.

This ice cream shop on Queen Street has vegan options. They usually have some specials like chocolate peanut butter flavour, alongside a good selection of vegan sorbets.

This bubble tea shop has vegan egg waffle, which is a Hong Kong style street food dessert. They pair it with vegan ice cream and other toppings.

Nodo is a small coffee shop in the Brisbane city with a few vegan options, including doughnut, avocado toast, acai bowl and more.

A Thai restaurant with vegan menu. You can find some classic Thai dishes like pad see ew and pad thai here.

Another Thai restaurant with a vegan menu. I've tried the vegan pad thai which is pretty tasty.

A chocolate specialty shop with many vegan chocolate option. A good place to visit after a meal to grab the delicious hot chocolate or mocha.

This Japanese restaurant has vegan ramen options. The ramen broth is rich and flavourful. You will also find vegan gyoza and curry rice here.

A bubble tea shop with some vegan options like the Oatly oat milk bubble tea.

Freshly fried doughnut with fluffy texture. The base cinnamon doughnut is vegan. They also have a few vegan 'premium' flavours like hazelnut and custard.

A Latin street food restaurant with a vegan menu. Choices include burrito, taco and nacho.

The gluten free pancake is vegan. They have toppings like coconut ice cream, chocolate sauce and fruits that are vegan. They are also one of the few places that are open 24/7.

A lot of the bowls, like teriyaki bowl and hummus bowl, can be veganised by changing to falafel. They also have a good selection of smoothies.

Other Vegan Options In Brisbane CBD

Apart from the above cafes and restaurants, these restaurants also have vegan options, but the choices are a bit limited.

There are also chain restaurants with good vegan options in the city. My favourites include the Pythagoras vegan chicken wrap from Zeus Street Greek and burrito from Zambrero.